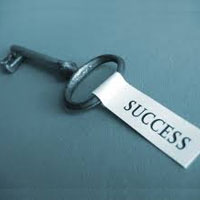 At some point, almost every writer asks: How will publicity help my career?

The truth is, like with so many other writer’s life issues, there is no single answer. But there are some general scenarios that can help guide our thinking, and this past month I had the privilege of seeing an author I’ve helped live out one of the success stories we all can hope for.

In early January Joe Burgo, whose self-published book Why Do I Do That? Psychological Defense Mechanisms and the Hidden Ways the Shape Our Lives I publicized, landed an impressive publishing deal from Touchstone for his next book, The Narcissist You Know.

Before getting to the story of the role publicity played, I have to gush about how superbly top-notch Joe’s writing and expertise are. Why Do I Do That is a page turner that sheds light into something we should all be aware of: the little lies we tell ourselves to hide from pain. Joe – who’s a practicing, Ph.D. psychotherapist – works round the clock, not only writing books and helping clients, but also blogging at his personal site, AfterPsychotherapy.com, writing articles for The Atlantic and blog posts for Psychology Today.

(The last two are are gigs that came from our work together.)

Joe’s story of catapulting from self-published to “featured deal” on Publisher’s Lunch Deluxe – at auction no less — is exactly the type of scenario that authors can hope for from publicity. That’s because, quite simply, media platforms sell. In fact, the word “platform” aptly describes the foundation that allows an audience to hear about you and even more media exposure to grow.

Even before Joe and I started working together, he had an enviable online platform through his personal blog, which when I met him was drawing over 30,000 visitors a month — a number that has continued to grow. (How he accomplished that would be a great blog post of its own.) Our work together brought him the ongoing gigs writing articles for The Atlantic and blog posts for Psychology Today I’ve mentioned, as well as a live, prime-time appearance on Canadian National Television and quotes in multiple USA Today articles. It also led to quotes in Vogue, eMaxHealth, Glo and various other popular outlets.

Naturally, when Joe told me about his book deal for The Narcissist Next Door, I was intrigued about whether and how his media platform had helped him in his conversations with agents and editors – and their decisions to sign with him. Here’s what he said:

“When I sent out email queries, my subject line read “Psychology Today blogger with book proposal on narcissism.” It got me immediate attention, and within a few hours I had more than 10 agents ready to read my proposal.

One well-known agent responded to my query by saying she was potentially interested but first wanted to reassure herself that I had a strong enough platform to be appealing to publishers. I sent her a link to my media page and within 15 minutes she wrote back and asked me to send her the proposal. She said my platform was “very strong.”

The fact that I contribute regularly to The Atlantic made a big difference. Editors regard that publication highly and it gave me instant credibility. One editor at S&S had actually read my articles and knew who I was even before my agent sent him my proposal.”

Although Joe’s platform is based on his work as a non-fiction author, a similar concept applies to writing fiction. Do you happen to be a regular contributor to a well-known magazine or news site – one that doesn’t focus on writing? (The audience there is usually too narrow to move the needle.) Do you have more than 10,000 unique monthly visitors to your blog? Or maybe you’ve been featured in P&W or Writers Digest and have won some fiction contests.

True, there are no guarantees. But in the end one thing is certain: if you don’t have a platform, the chances of breaking through at all are infinitesimal.