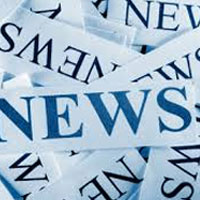 Around the time blogs first started catching on, writer Julie Powell decided – just for the heck of it – to cook every recipe in Julia Child’s Mastering the Art of French Cooking and chronicle the experience on her blog.

We all know her story’s happy ending.

Soon every writer was launching or joining a blog. So was every mom, every foodie, every fitness buff, bibliophile and investment guru. For fun and fulfillment, but also, quite often, in the hopes of increasing discoverability. And we also know this story’s ending: a blogosphere that wound up as bloated and oversaturated as any literary agent’s slush pile.

Luckily the one constant in today’s media, which includes the online world, is change. And as media outlets have gone increasingly digital, a whole new category of outlets has emerged: the highly visible, online-only publication. Think, The Millions or The Huffington Post. These outlets have all but replaced personal blogs as a means for getting your name out there. Most offer superb opportunities for writers to submit and publish articles, opinion pieces and blog posts. And publishing one guest piece in an outlet like The Huffington Post can be equal to years of blogging in terms of the number of readers who stop by, comment and tweet.

In fact, as the media landscape continues to change, contributing pieces to big online outlets is becoming the new “it” media opportunity. It’s also one of the hands-down smartest ways to build a strong and enduring media platform. There are a few important reasons. First, landing a published piece in a high-profile online outlet is a lot more accessible than say, landing a TV, radio or newspaper interview. Even as costly air-time and space for printed news becomes painfully limited, online publications are hungry for good content. Their livelihood usually depends on traffic and clicks, and content – lots of it – is needed to generate both.

Second, there’s the SEO factor. The internet has become the world’s main source for general research. That includes both consumers looking for their next vacation spot – or, ahem, book – and the media itself scouting for good news stories and sources (meaning people who can comment on those stories in an interview). Publishing articles on sites with high search engine rankings vastly increases the likelihood that your name – and your ideas, your story, your book – will be picked up by consumers or reporters searching for someone like you.

There’s also the cachet these articles add to your bio. It’s a huge plus when you can say to literary agents, publishers or journalists that you’re a regular contributor to The Huffington Post. Or Forbes, The Atlantic, Cognoscenti, Slate or Salon.com – to name just a few. For example, last month a self-published author whose PR I’d handled, Joe Burgo, landed an impressive publishing deal for his next book. Among other things, our work together had helped him become a regular contributor to The Atlantic. After his deal was set – and featured in Publisher’s Lunch Deluxe – Joe told me that the fact that that he contributes regularly to The Atlantic had made a big difference. Its prestige gave him instant credibility, and an editor at Simon & Schuster had actually read Joe’s articles and knew who he was before his agent sent in his proposal.

Through our work together Joe had also become a regular blogger for Psychology Today, and when he sent out email queries, he mentioned this in his subject line. Within a few hours he had more than 10 agents ready to read his proposal. Both of these gigs have also helped generate press opportunities for Joe in outlets like USA Today, Vogue and Canadian national TV.

Of course, like with anything, there are caveats. The first one relates to the word already used here several times: “regular.” While it never hurts to submit and publish the occasional article here and there, it’s best for your media platform if they appear fairly frequently and continue over time.

The other caveat has to do with topic. To write your way to a media platform, you need to focus on topics that’ll interest broad groups of people. Unfortunately, writing about writing just doesn’t cut it: it’s far too small of a niche. Joe, who’s a psychotherapist, writes a lot about narcissism and its role in high profile news stories like bullying and Lance Armstrong. Narcissism also happens to be a strong theme in both his fiction and non-fiction work. Author Ron MacLean has written about social change movements and father-son relationships, both of which are central to his latest novel, Headlong. Writer Rosanna Fay crafts both fiction and guest articles about aging.

While you most likely won’t become the next Julie Powell, authoring articles and guest posts also happens to be one of the rare areas of publicity where you stand a good chance of coverage, can control your message without it getting snipped into meaningless sound bites and – bonus – get to write!

Spread the love
The False Divide Between Book Promo and Author Promo »
« How Publicity Helps Writing Careers: A Case Study