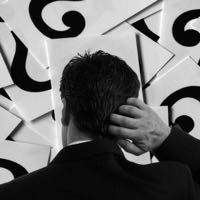 There’s a lot of uncertainty when it comes to shelling out for a publicist. Don’t get us wrong, we’re firm believers in the power of publicity! But if you hire a good publicist, they will be the first to tell you that there are no guarantees where media attention is concerned. News cycles can change in the blink of an eye, which means that even if you want everyone to be looking at your book, no matter how good it is or how well it is being pitched, the media may have their eyes glued to the president’s latest gaffe, a major celebrity divorce, or what Stephen King just tweeted. Throw a new Ann Patchett novel into the mix and it’s absolute madness.

Because of the relatively high uncertainty factor, we get a bevy of questions from authors who retain our services. Most are new to hiring PR professionals and so, understandably, they look for ways to understand what we’re doing and to gauge and track our progress.

A vast majority of the questions we receive revolve around whowe are pitching. This is a sensible question — you can’t get your book into the hands of a reviewer unless that reviewer is pitched. We even hold a call with our authors to determine what their “wish list” is — combing through outlets and contacts they’d like to make sure we include in their press lists.

But there’s one question we rarely hear, and as PR insiders, we think of it as the magic question — the litmus test of whether or not your PR campaign will be as successful as possible:

How and when do you follow up with the press contacts you’ve pitched?

In the world of PR, follow-up is critical. This is true for two major reasons: First, you want to make sure you get a hold of the clips of reviews, interviews and features your campaign generates. Then you can get more mileage out of press coverage and magnify your book’s visibility by posting them to your social media channels. Next, follow-up fosters healthy relationships between your brand and the media. It signals to the media that you and your publicist take your product (i.e., book) seriously, and expect them to do the same.

There are several junctures at which follow-up should ideally happen:

After sending press releases and pitching your book, your publicist should follow up with the press:

After the initial round of follow ups, your publicist should:

All too often, some or even all of these follow up steps slip through the cracks. But a PR campaign without follow up is like trying to start a fire with no spark.

So, is your publicist following up?