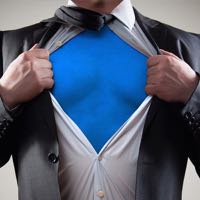 Deep down inside we writers know that those pie-in-the-sky dreams we all harbor of getting our books reviewed by the New York Times, or featured in Oprah Magazine or on NPR’s Fresh Air are, for the most part, just that: pie-in-the-sky-dreams.  A few years back here on Writer Unboxed I gave a glimpse of why.

But let’s fess up: somewhere even deeper down inside, right next to the ache in our heart we’ve been trying to assuage throughout years of solitary drafting, querying and facing the sting of rejection over and over again, is a dense nugget of hope that those pie-in-the-sky dreams will come true. After all, the the New York Times does review a good handful of books. We tell ourselves silently, “one of them could – and should – be mine.”

In my work with authors, I hear this wish articulated over and over again. And I want nothing more than for that wish to come true. When it does — whether we’ve landed a story for one of our authors in The Washington Post or a feature on BuzzFeed, or firmed up an interview with  NPR or MSNBC — my team and I text each other in excitement. We stop everything to watch or listen to the interview live. In part, our excitement reflects the fact that this type of high level coverage is painfully rare.

You might think that if you don’t make it to that level of coverage, you’ve failed. That your publisher or publicist has failed. As Kathy Sherbrooke, author of the exquisite debut Fill the Sky recently said to me, “We tend to associate success with what we see “regularly,” i.e., in the major press outlets that we frequent: major newspaper reviews, coverage in significant trade publications and TV interviews.”

Sound familiar? If so, I encourage – no, urge – you to shift your mindset. Just as there are many gifts in even the quietest, least apparent aspects of book success, there is a treasure-trove of opportunities to spread the word about your work in the most surprising and often undervalued places.

More often than not, these sadly under-recognized opportunities are the very ones that will bring you the readers you’re seeking and create what I call the “PR ripple effect,” where visibility leads to doors opening in the form of invitations to write guest blogs, speak at events, speak to book groups — and much more.

Take for example an author I worked with a few years back, Terry Mulligan. We landed coverage for her on the incredibly obscure blog / website ART | Library Deco.  Not long after the post about Terry’s book ran, she was contacted by somebody at Lincoln University who’d seen the post and wanted her to come speak at their Inman E. Page Author Literary Speaker Series. The best part? They offered her a stipend of $1,300!  (A fortune by industry standards!)

This is just one of countless examples I could give…

Last month, I attended a session at Grub Street’s Muse & the Marketplace 2017 conference, titled “4 Lies People Will Tell You About Marketing Your Novel”. The course was taught by successful cozy mystery author and magnetic personality Barbara Ross. Barbara has been covered in major publications, recently The Boston Globe, so there were dozens of writers in attendance, hoping to pick her brain about how to get into such publications themselves.

Instead, Barbara delivered the truth, bluntly and comically uncovering the valuable and lesser-known fact that getting into major publications doesn’t really matter as much as authors think.

As Barbara so aptly explained, high-level media coverage is a nice feather in the cap, but the smaller, more obscure outlets prove to be the most valuable in both the short- and long-term. The main reason why? Smaller outlets are generally more specialized and targeted, so you’re more likely to find your readers, especially if you’re writing in a niche genre.

Barbara wasn’t shy in offering an impressive difference: her appearance in The Boston Globe was a thrilling ego-boost, but didn’t motivate book sales even half as well as a review posted on a small book blog with followers numbering only in the hundreds.

Remember, The Boston Globe’s audience is vast, but varied. Not everybody who reads it is a book lover, as is the case with so many high-profile outlets. Far from it. In fact, The Pew Research Center found in 2016 that over a quarter (26%) of Americans hadn’t read a book in the past year.  Among those who do read, tastes vary immensely. So it’s a real toss of the dice as to whether your A-List media appearance will be hitting the right target for you.

That’s exactly the gap that obscure outlets fill: they are targeted, and chances are their audience will be engaged and enthusiastic enough to take action – such as buying a book, spreading the word among their communities or reaching out to you to with some type of invitation.

And that’s their secret – and amazing – promo power.

So if your book launch campaign – whether by your in-house publicist, an independent publicist, or yourself – leads to a series of appearances in small outlets such as book blogs and niche websites, count your blessings and remember: far from a failure, this is a highly desirable outcome.  It’s also a necessary stepping-stone to building a community – which in the end, is the one thing every author seeking readers needs.

Have you experienced the promo power of an obscure media outlet? Or have experience with high-level visibility? Please share – and compare!

(*Special thanks to Emily Adams of my team for helping flesh out and research this post.)