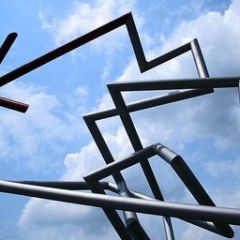 Lately, a new mantra has caught on: “There’s no better time to be a writer.” Not only has self-publishing helped open the doors to so many aspiring authors, but the online world has created more opportunities than ever before to build a platform, network and self-promote.

From a schmoozing and promotion perspective, anything seems possible.  We can have conversations with Jodi Picoult on Twitter, send Facebook messages to Paulo Coehlo and mingle with top agents and editors right here on Writer Unboxed.

All of which is wonderfully democratic and very much in the spirit of the camaraderie and connectedness that defines our times. But it has also created a whole new realm for potential missteps and frustration.

Along with the sense that anything’s possible has come – for lack of a better term – a sense of entitlement. With the perceived level playing field the digital age has created, the notion that having written and published a book, any book, means we’re eligible to be considered by any and all gatekeepers to widespread recognition, from Oprah to the The New York Times.

Although we long for this to be true, and perhaps it should be, it simply isn’t. Take a look, for example, at this painfully eye-opening article by Washington Post book reviewer Ron Charles called, “No, I Do Not Want to Read Your Self-Published Book.” (Ouch!)

What is true, at least for the most part, is that while most books sent in to the venerable gatekeepers of recognition will indeed wind up in the shredder without so much as a glance no matter how good they are, there are certain criteria that do make a difference.

Your publisher and its efforts to distinguish your book from the slush pile help a lot. And on the side of “things authors can control,” there is, quite simply, your resume as a writer.

For instance, I recently had the privilege of publicizing a beautiful memoir called Leaving the Pink House by the editor-in-chief of Ploughshares, Ladette Randolph. In addition to her highly visible and respected position, Ladette has been acquiring editor at the University of Nebraska Press and is the recipient of a Nebraska Book Award, a Rona Jaffe grant, a Pushcart Prize and a Virginia Faulkner award. She’s had numerous short stories published, some of which were reprinted in Best New American Voices.

So I was excited but not all that surprised when the editor of O, the Oprah Magazine responded to my email pitch about Leaving the Pink House and asked to see a copy. Ultimately, the book was given a well-deserved, glowing review there and – in a completely unexpected development — wound up being listed last month on Oprah’s Huffington Post blog as one of “6 Books to Take Home For the Holiday Weekend.”  But first, it had to get in the Oprah door.

I’ve seen similar situations pan out for other authors with impressive writer’s resumes: Alden Jones — New American Fiction Prize winner, gold IPPY recipient and writing adjunct at Emerson College — and Edgar-nominee Kate Flora are two good examples. On the flip side, I’ve watched despairingly as superbly-crafted books with little or no resume behind them have been passed over time and again by top (and even mid-level) media outlets.

This means that if recognition and visibility are important to you, you’ll need to invest time and energy not only in your craft, but also, into building your writer’s resume.

While not everyone will become a top literary magazine editor or get nominated for an Edgar, there are plenty of other steps you can take. In the age of social networking  and connectivity they may seem stodgy and old-school, but they’re among the sacred things in this industry that haven’t changed. They include:

Notably, prizes have a tremendous amount of cachet and submitting for them is something everybody can do. For self-published authors prizes can make all the difference.

Finally, in a paradoxical twist, media coverage itself is an impressive resume item.   Which brings us right back to square one…

Spread the love
Beware: The Shady Side of New Publishing Opportunities »
« What You Pay For When You Hire a PR Firm