BookSavvy //Blog //Uncategorized //Your Book, the Movie: Interview With a Hollywood Producer 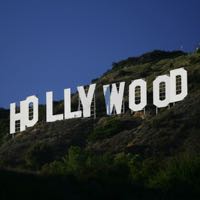 Seeing your book on the silver screen: it’s a universal dream, one that nearly every novelist I’ve worked with has confided that they harbor.  Barely a day goes by when an author does not ask me whether I have any Hollywood connections who could help them get a foot in the door.

Sure, I have some loose contacts in “The Industry.”  A screenplay writer here, a director there, a financial VP.  But that doesn’t mean I can slip someone a manuscript and open doors. Far from it. In fact, how and why certain books get made into movies is a complete mystery to me — as it is to so many others.

Which is why, when I recently met the co-founder and president of production and acquisitions at an L.A. production company associated with Showtime Networks, CBS Films and Netflix over a conversation about a book he was considering making into a movie, I asked if he’d talk me through the process of how, exactly, novels are discovered by the film industry.

I’m delighted that he’s agreed to do so “on the air” here at Writer Unboxed. A warm welcome to Brett Tomberlin of Imagination Design Works (IDW).

Q: In general, where do the ideas for the movies you decide to produce come from?

BT: In most cases scripts come to us though attorneys or agents. Since there are so many lawsuits, you have to be super careful in Hollywood to only take material from an attorney, a manager or an agent with all the legal bases in place.

Sometimes people come in without a script but with a concept. These are usually people we know and have worked with. We know their track record and their capabilities, so we’ll talk to them.

And we do get people coming to us with books. As long as the book is published – whether traditionally or self-published – we can look at it because its publication is a time stamp showing it’s been released out into the public.  Legally, this works for us.

Q: About how many of the ideas you get come from books?

BT: My studio receives about 25 books per month. To put that in perspective, we also get about 90 to 100 scripts a month, and produce about one movie, one documentary, and one TV series each year.

Another way to look at it is this: across the industry, a total of about 150 books get made into movies per year. But that’s compared to about fifteen hundred movies that are produced each year – which means at most, about 10% of movies originate from a book.

Q: What does the process of vetting and selecting books from your slush pile look like?

BT: Our development team is in charge of reading submissions. We have about six extremely bright, talented assistants whose full time job it is to go through books and scripts. For books, they’ll typically read the first couple of chapters. If they’re not hooked in the first 30 – 40 pages, they’ll move on. A successful movie has to immediately capture the audience’s attention. The Hunger Games was discovered by an assistant at the production company Color Force.

If an assistant is hooked, he or she will push it up to the development executive with a one-page overview of the story, its feasibility as a movie and why it grabbed them.

Q: What are the qualities you look for in a book, and what typically gives you that “aha,” moment signaling it’s one you could potentially see adapting for the screen?

BT: We look for a number of factors. First is genre. There are certain movie genres that can be more easily made than others. For example, historical movies often require a bigger budget since you need a special set, costumes and props. Suspense, thrillers and horror movies are usually easier, and more cost effective to produce. We can more easily suss out the costs of these, too, since there are a lot of them produced and there are plenty of studios equipped to do so. Plus, there’s always an audience for suspense, thrillers and horror films.

Writing style and its creativity are something else we look at, especially when it comes to dialogue. How is the dialogue presented? Do the characters convey emotion in a way that’s unique and fresh? Do readers still care and think about the book and its characters after putting it down?

An appeal to the younger demographic is also a big factor. Assistants are primed to spot whether a story will skew toward younger viewers. While we still do look for adult content, people in the 14 – 28 age range will see a couple of movies a month but also, buy downloads.

These days it’s all about franchising, too. That is, other ways to generate revenue aside from the film itself. The lunch box, the toys, the apps…. A movie needs to bring in 2.5 times its production budget just to break even.

Q: Once you decide to go ahead and produce a film based on a book, how much time might it take before the author sees his or her story on the screen?  And what sorts of steps are involved, especially initially?

BT: There is no one set answer, but filmmaking is about the slowest process in the world!

Much depends on the quality of the script, and what the author’s rights deal is. If the author wants to be the one to write or co-write the script and this is in their deal, it can take more time. Maybe the author is not experienced at script writing. If the script doesn’t come out well, the process will take a lot longer.

Even with good scripts, it takes time.  Realistically, you can expect it to take about five years. But it can be pretty common for a film to take 10 years to make.

There’s also a lot more to it than the script. The movie has to be compelling enough to get financing and a good actor behind it. The actor is key, because either a studio or independent financier will want to offset their investment with a marketable leading man or lady who can bring international pre-sales to a film. International distributors will often place deposits a year out for the right to screen. That’s right, before the movie is even filmed! With this power the marketable actors often hold, it can take months before an actor you have in mind even reads it, and then more time before he or she agrees to move forward.

It all takes time: the rights deal, the script, and the talent package — meaning the actors, the studio and the directors.

Only about .01 percent of film industry has the clout to get the right actors and financiers on board quickly. We’re talking people like Steven Spielberg.

Sometimes it all comes together, but then the studio decides to hold off for a few years because they have another project slated in that genre.

Q: What advice would you give to novelists who want to do everything possible to make the movie dream come true?

BT: It’s all about persistence. Do the groundwork. Look up production companies that actually make movies in the vein of your book. Matching your book to a production company’s genres is key. A lot of books won’t get read because the genre doesn’t match up.

Next, find their development execs.  All of this can be done through the site IMDB, which lists production companies and the movies they’ve done.

Once you’ve found the right people to contact, write a cover letter about why you think your book will be the next big franchise.  Like with publishing, it will take time. You may want to submit to hundreds of contacts.  And reactions are highly subjective.

Finally, don’t count on somebody else like your agent to do this for you. You need to carry your own water from the well. It’s too speculative and the results are too uncertain for agents to invest the amount of time and energy required. They may also not want to submit work by an author without a track record to their contacts; in this industry you need to protect your contacts, and your name.