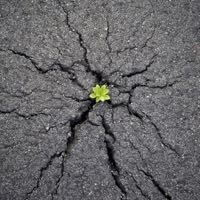 When approached by self-published authors for help with book promotion, I used to ask a single question:

“Do you have blurbs from at least two established authors?”

If the answer was no, I’d suggest they gather some before we speak.  Blurbs are an essential piece of the vetting process and vetting is crucial to gaining the media’s interest. All the more so for self-published books, which don’t have the benefit of a publishing house’s stamp of approval.

While I still request blurbs, I’m beginning to think there’s another question I should ask self-published authors considering a PR campaign:

“Did you query literary agents for at least six months before deciding to self-publish?”

From down here in the PR trenches, this has nothing to do with whether an author opting to self publish tried to get a traditional publishing deal or how that went.  It makes little difference to me whether somebody “almost” had an agent, got glowing rejection letters or received dozens of full manuscript requests.  I’m not looking at agent interaction as a form of validation, since in the end, the only real form of validation from an agent is a contract.

As we all know, the process of querying is charged with hope and expectation, trepidation and angst.  Each query letter contains a piece of our heart; each inevitable rejection letter — or lack of response — breaks our heart in its entirety.  The waiting and uncertainty break our spirit.  Yet from these wounds grow the emotional armor we need to keep at it, the patience and resilience that allow us to shrug in the face of prolonged uncertainty and above all, the deep humility that is fundamental to every writer’s survival, and success.

It may come as a surprise, but the experience of book promotion has a lot in common with the querying journey.  Your publicist is, in essence, querying reporters and reviewers on your behalf.  With the market for book news and reviews just as crowded and competitive as the literary marketplace itself, your publicist will be getting far more rejections than hits.  In fact she or he may send out hundreds upon hundreds of email pitches and many dozens of hard copies of your book to yield but a tiny handful of news items.

And it takes time.  Like agents, reporters and reviewers who request books need to find the time to read them. In the meantime other priorities come up.  As I’ve mentioned before, in the news world books are fairly low on the food chain.  Timelines get extended, coverage dates get delayed.  Some outlets and publications just have excruciatingly long editorial cycles.  In early March of this year TV station KFOR in Oklahoma asked to interview our client Nicole Waggoner.  After many long periods of waiting and wondering whether the interview would happen at all, it finally did — on August 3rd.  Even more mind boggling, just a few months ago Great Plains Quarterly ran a review of client Ladette Randolph’s memoir that was published…in the fall of 2014!

When coverage does run, it can disappoint. Reviews are not always what we’d like them to be.  Reporters are notorious for misquoting and making factual mistakes. My list of examples is shamefully long.

Of course, sometimes media opportunities pan out quickly with brilliant, exhilarating results.  Just like in publishing.  But it’s crucial to know when going into the promotion process that often, they don’t; that paying a publicist does not guarantee instant and glorious success and that there simply are no shortcuts.  No matter how you cut it, in promotion–like in publishing–you will need patience, resilience, deep humility and very thick skin.

For this, there’s no better boot camp than querying agents.

Though I still ask for blurbs, it seems a bit extreme to ask all self-published authors for a report of their six-plus-month agent-querying journey.  Authors choose self-publishing for such a vast array of reasons.  I’ve worked with business owners who need to use their book as a calling card, and with people in their seventies and eighties who fear they don’t have time to wait.  When their books touch me, how can I turn them away?

For anyone else inclined to take the self-publishing route to building a media platform and a writing career, I urge you: Don’t skip querying boot camp.  And by all means, don’t rush to self-publish after one or two rejections roll in.  Build up the armor you’ll need for the future. Stick it out for dozens of queries and dozens of rejections over the course six months — at the very least.

Who knows, you might even find yourself with a publishing deal…