What it Takes to Get on NPR 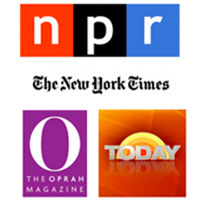 Recently I heard a snippet of Terry Gross’Fresh Air interview with Eat, Pray, Loveauthor Elizabeth Gilbert. Gilbert has a new book out and was on the show to talk about it. A bit earlier in the same week, an author client had asked if I’d pitched her to NPR shows, including Fresh Air. My answer was, “Yes, of course.” It always is, because I always pitch the authors I represent to NPR — and to all the other dream-caliber, A-list outlets. But does that mean I expect interviews to pan out there for them? Sadly, no. Not at all. It’s an uncomfortable dilemma. Authors want to know their publicist is reaching out to A-list, dream outlets like Fresh Air, The New York Times, Oprah and The Today Show. Isn’t that one reason they’ve hired a publicist in the first place? And it wouldn’t make sense to simply leave those outlets off the list of places I reach out to even though the chances for the overwhelming majority of authors are virtually zero. For one thing, there’s the crucial dream factor for authors. As I’ve said before, I’m all for dreaming big! I also feel that as a matter of principle those outlets should continue hearing from all authors who’d like a fighting chance at recognition. They should be made aware again and again of these authors’ utterly staggering numbers, the variety of stories they’re writing about, their talent, their accomplishments. But people like Terry Gross aren’t just looking for a good read to talk about: they’re looking for news. News, by definition, is something that’s not only new and timely, but is some combination of the following: 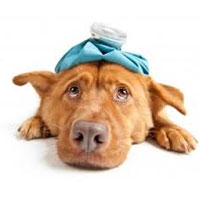 Over the past few months I’ve spoken to two authors who’d signed with the same, well-reputed PR firm for a book launch campaign, paid a considerable amount of money and then…nothing. Barely a review or author interview to show for the firm’s initial promises and excitement. (For the record, this was not one of the wonderful PR firms plugged into the Writer Unboxed community.) Each of them told me – with quite a bit of emotion – about their disturbing experience: a positive, promising initial meeting followed by months of waiting for potential press coverage that never panned out, then finally, a barrage of lame excuses including, “It’s because of your book.” One of these authors became my client, and before we started work I asked to see the list of media outlets said firm had contacted about his middle grade fantasy novel. To my surprise, the list contained no fewer than 4,000 entries, which is far too many and implies that proper targeting hadn’t been done. Case in point: the list included publications such as General Dentistry and American Cowboy. The second author was unable to obtain a copy of her press list at all, having been told it was “proprietary.” Needless to say, this makes my blood boil. It’s deeply unfair to the authors who placed their trust in this firm, it’s disrespectful of authors in general – taking advantage of their earnest hope and vulnerability – and it’s an insult 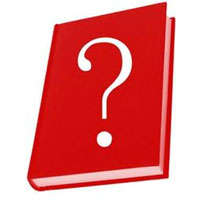 It’s a funny thing, being both the creator of such an intimate and personal product as a book and the one who has to do most of its peddling. This contradiction — asking authors to throw what’s often deeply private smack into the public realm for commercial purposes — can have strange effects on behavior, such as making us go suddenly tongue-tied when we actually have to use that one-line description we’ve practiced ad nauseum. (Sound familiar?) And that’s just one example. At two recent events – the AWP conference in March and Grub Street’s Muse & the Marketplace conference this past weekend, I was reminded of another that’s been a bit of a pet peeve of mine, since it’s a big publicity faux pas: It can be summed up with these two simple words. “My book.” On panel after panel, I heard authors talking about this amorphous…thing…they referred to as “my book.” Each time, I cringed. “Doesn’t it have a name?” I wondered, “A title? Something to give it an identity beyond: ‘a very personal endeavor I’ve slaved over for years that’s become inseparable my very existence?’” Which leads me to this quick, ridiculously simple promo tip for every writer out there (bonus: using it is cost-free!): Always refer to your book by its title. Or by an abbreviation of the title if it’s long. Especially when