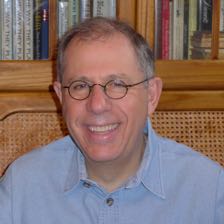 Anthony Feinstein, Ph.D., is a neuropsychiatrist and professor of Psychiatry at the University of Toronto. His research follows two strands – the search for cerebral correlates of behavioral disorders associated with multiple sclerosis, and exploring the psychological effects of conflict on journalists. He is the author of seven books including The Clinical Neuropsychiatry of Multiple Sclerosis (Cambridge University Press 1999, with a second edition in 2007), Journalists Under Fire: the Psychological Hazards of Covering War (John Hopkins University Press, 2006), Battle Scarred (Tafelberg Press, 2011), Shooting War: 18 Profiles of Conflict Photographers (Glitterati Editions, 2018), and most recently, Mind, Mood and Memory in Multiple Sclerosis (Johns Hopkins University Press, 2022). In 2000-2001 he was awarded a Guggenheim Fellowship to study mental health issues in post-apartheid Namibia. In 2012, he produced a documentary, “Under Fire” based on his research of journalists in war zones, which won a Peabody Award.