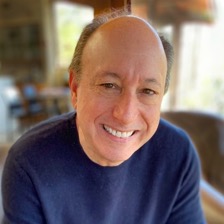 Art Bell is a former media executive best known for creating and building HBO’s The Comedy Channel, which went on to become Comedy Central. After Comedy Central, Bell became the president of Court TV and was the guiding force behind one of the most successful brand evolutions in cable television. A graduate of Wharton Business School, he is currently operating Bell Media Consulting, LLC, focusing on organizational, media and digital strategy. Bell is the author of Web Sightings: A Collection of Websites We’d Like to See. He lives with his family in Connecticut.