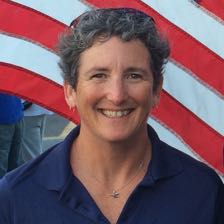 Carol Newman Cronin is an award-winning writer and editor, a world champion sailor, and an Olympian. Ferry to Cooperation Island (She Writes Press, June 2019), is her fourth title, following Game of Sails, Cape Cod Surprise and Oliver’s Surprise, all of which are set amid the boating world and feature salt-sprayed coastal life. In 2004, Carol crowned a lifetime of competitive achievement by winning two races for the US at the Olympics in Athens. More recently, she won the 2018 Snipe Women’s Worlds in Newport, RI. Carol’s writing has been featured in several outlets, including Seahorse Magazine, Sailing World Magazine, BoatUS Magazine and Windcheck Magazine, to name a few. She lives in Jamestown, RI.