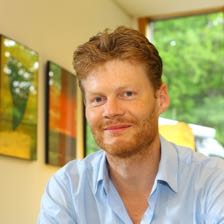 Christian Felber is founder of the The Economy For The Common Good based in Austria, a movement uniting over 10,000 members in 40 nations and backed by 2,000 companies whose mission is to eliminate the fundamental contradiction between business’ values and social well-being. He is the author of 15 books, including, most recently, Change Everything: Creating an Economy For The Common Good (Zed Books-UK, 2015; distributed in the U.S. by the University of Chicago Press).  His book Money: The New Rules of The Game was awarded the 2014 getAbstract International Book Award.

An internationally renowned speaker, Christian has given TEDx talks in Brussels and Vienna, and has addressed the European Economic and Social Committee as well as the U.K.’s Royal Society For the Arts.  He is an adjunct lecturer at the Vienna University of Economics and Business and is also a modern dancer.