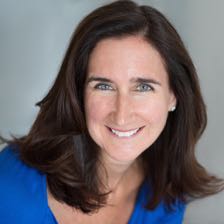 Diane Mulcahy is author of The Gig Economy: The Complete Guide to Getting Better Work, Taking More Time Off And Financing The Life You Want (Amacom, November 2016). Five years ago, long before the Gig Economy was part of the popular lexicon, Diane created and launched an MBA course on the Gig Economy at Babson College. That class gained immediate traction and was named one of the Top 10 Most Innovative Business School Classes in the country by Forbes.

A former venture capitalist, Diane is a Senior Fellow at the Ewing Marion Kauffman Foundation, where she manages the private equity and venture capital investment portfolio.  She writes and speaks frequently about the VC and PE industries and entrepreneurship.  With two earlier books to her name — Venturing Forward and Angels and IPOs — Diane has had her articles and work featured in The Harvard Business Review, The Huffington Post, The Economist, the New Yorker, Forbes, Fortune, The New York Times, The Wall Street Journal, Institutional Investor, and on NPR and ReutersTV.  Diane holds both B.A. and a Masters in Public Policy from Harvard University.​