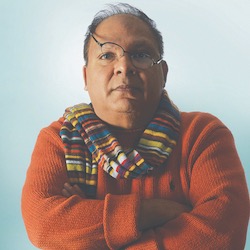 Emil Rem is an eccentric accountant and an author who writes about eccentric characters in exotic locales. His books—collections of interwoven short stories—include Heart of New York (October 2022), and Chasing Aphrodite (June 2022). Chapters from both books are slated for publication in April Gloaming Literary Journal and The Write Launch. Born to a middleclass Muslim East Indian family in Dar-es-Salam, Emil spent most of his childhood in the care of a foster family in England, shuttling back to East Africa each summer.  No stranger to bizarre contradictions, he alternated between wearing a St. Christopher cross and attending Muslim religious classes.  As an adult he emigrated to Calgary, Canada where he married a Canadian originally from the Philippines and raised two sons.