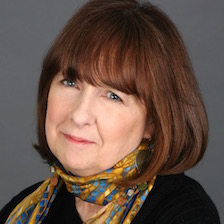 Emily Ross’s debut novel, Half In Love With Death (Merit Press, December 2015), received a 2014 Massachusetts Cultural Council finalist award. Her fiction and nonfiction have been published in Boston Magazine, Menda City Review and The Smoking Poet. A software developer by day who began coding before the Internet or any tech gadget existed, Emily is a 2012 graduate of Grub Street’s Novel Incubator program and serves as editor and contributor at the writing blog Dead Darlings.  The mother of two millennials and a fan of dark mysteries and noir TV shows, she lives in Quincy, Massachusetts with her husband and her elusive cat, Beau.