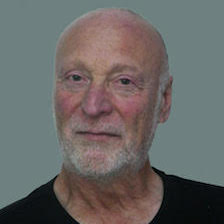 For 30 years, Harvey Schwartz was one of Boston’s top civil rights lawyers. A specialist in First Amendment law defending freedom of speech and religion, he litigated hundreds of cases before state and federal courts, and two before the United States Supreme Court. Many made the front pages of  prominent newspapers including The New York Times, The Washington Post, the Wall Street Journal and The Boston Globe, and Harvey spoke about them on NPR’s All Things Considered and Weekend Edition as well as the BBC.

In 2007 Harvey was one of a small group of lawyers who travelled to the detention camp at Guantanamo Bay, Cuba, where he represented two Saudi Arabian men in federal court in Washington, D.C.. This experience inspired him to write the novel Never Again. Prior to studying law, Schwartz was an award-winning investigative reporter for Gannett newspapers. Harvey and his wife spend their summers on their Dutch barge cruising throughout the waterways of France. For the remainder of the year, Harvey builds small boats at Marshville Boatworks near his home on a salt marsh in Ipswich, Massachusetts.