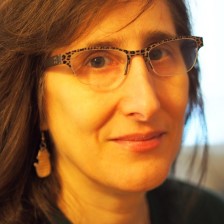 Jane Rosenberg LaForge, author of An Unsuitable Princess (Jaded Ibis Press, 2014), writes both fiction and poetry. After studying writing in the Kate Braveman workshops of the early 1990s in L.A., she received an MFA from University of Massachusetts, Amherst, where she was awarded a Delaney Fellowship for Women Writers. Since 2000 she’s been an adjunct at New York University, teaching writing. Jane has published 4 volumes of poetry, including The Navigation of Loss (Red Ochre Press 2012) — one of three winners of the Red Ochre Press’ annual chapbook competition. She has been nominated twice for a Pushcart Prize (once for poetry, and once for fiction). She lives in Manhattan with her husband and daughter.