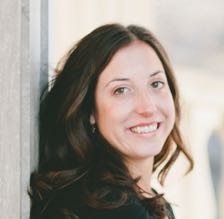 Jessica Posner Odede is co-author with Kennedy Odede of the New York Times bestselling book Find Me Unafraid: Love, Loss and Hope in an African Slum.  As co-founder and COO of the nonprofit Shining Hope for Communities (SHOFCO) based in Kenya, she an internationally recognized social entrepreneur, named “America’s top-world changer 25 and under” by VH1. She is the recipient of the 2010 Do Something Award, the David Rockefeller Bridging Leadership Award and the prestigious Echoing Green Fellowship, which is given to the world’s top emerging social entrepreneurs.  A Phi Beta Kappa graduate of Wesleyan University, Jessica is also the youngest alumnae in the history of the institution to receive its “Distinguished Alumni Award.”  Jessica’s story and work has been featured on over six occasions by Nicholas Kristof in his column and in his most recent book and documentary A Path Appears.  She has also been featured by President Bill Clinton, Chelsea Clinton, Beyonce, and in Vogue Magazine, Good Housekeeping, NBC Nightly News among others.

Upon first meeting Kennedy Odede in 2007 when working with him in the Kibera slum outside of Nairobi as a study abroad student, Jessica became one of the first outsiders to live inside the slum and was deeply moved by the struggles facing its vast community. During Kenya’s 2007 post-election crisis, Jessica urged Kennedy to apply to U.S. universities. When Kennedy joined Jessica at Wesleyan University, fulfilling his own dreams of an education, they co-founded Shining Hope for Communities in 2009.  Now married, the two split their time between Nairobi and New York.

SHOFCO combats extreme poverty and gender inequality by linking schools for girls to a set of high-value, holistic community services for all. In 2016 it will reach 100,000 people.