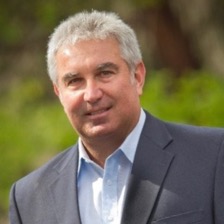 Jorge Luis Titinger is currently the principle of Titinger Consulting, which provides strategy and leadership advice focusing on the cultural dimension of executive teams and M&A integration.  In a former life, Jorge drove two turnarounds as CEO (Verigy, Inc. and Silicon Graphics International (SGI), with great results for all stakeholders. Jorge is multilingual and multicultural — originally from Peru, he was educated at Stanford University where he obtained his undergraduate and graduate degrees in Engineering and Management. Jorge is the recipient of numerous awards, including the HITEC 100 award 6 years in a row, the Estrella award in 2017, and Guys Who Get it in 2017. He has been the chairman of the Board for the Hispanic Foundation of Silicon Valley, and a Board member for Innovate Public Schools and the Stanford Children’s Hospital.