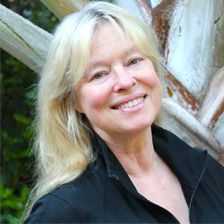 Award-winning mystery and true crime writer Kate Flora is the author of 14 books, including the true crime story Death Dealer and the novel And Grant You Peace, both published in the fall of 2014. Her book Finding Amy (true crime), co-written with a Portland, Maine deputy police chief, was a 2007 Edgar Award nominee. Kate’s other titles include the Thea Kozak mysteries and the starred-review Joe Burgess police series, the third of which, Redemption, won the 2013 Maine Literary Award for Crime Fiction.

A former assistant attorney general in the areas of battered children and employment discrimination, Kate is a founding member the New England Crime Bake conference, a founder of Level Best Books where she worked as an editor and publisher for seven years and has served as international president of Sisters in Crime. When she’s not riding an ATV through the Canadian woods or hiding in a tick-infested field waiting to be found by search and rescue dogs as research for her books, she can be found teaching writing at Grub Street in Boston.