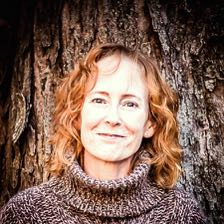 Maggie Lamond Simone is an award-winning columnist and author. With two titles already to her name, her third book, Body Punishment: OCD, Addiction and Finding the Courage to Heal (Central Recovery Press) was released in April, 2015. It traces Simone’s journey struggling with obsessive-compulsive disorder, anxiety, and depression. Her writing has been featured in multiple publications and collections, including Cosmopolitan Magazine, The Zen of Midlife Mothering (2013), Not Your Mother’s Book on Do-It-Yourselfers (2013), P.S. What I Didn’t Say (2009), and Chicken Soup for the Soul: My Resolution (2008).  Simone has been a guest on NPR and is a regular blog columnist for the Huffington Post. An adjunct professor in the department of communications at SUNY Oswego and Onondaga Community College in Syracuse, she lives in Central New York with her husband and two children.