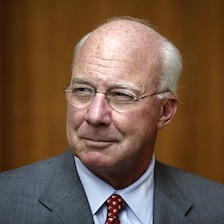 Mike Armstrong is the former Chairman and CEO of Comcast, AT&T and Hughes Electronics.  He began his career at IBM, where he spent more than three decades rising through the ranks to become chairman of the IBM World Trade Corporation.  Having battled leukemia and prostate cancer as well as serious illness throughout the 1990s and early 2000s, he became an active supporter of Johns Hopkins Medical School and its hospitals after retiring from the corporate world in 2002. In 2005, he was named chairman of the Board of Trustees of Johns Hopkins Medicine. Now fully retired, Armstrong is on a mission to share his story as a two-time cancer survivor to help others on the cancer journey find hope. He and his wife Anne are donating most of their net worth to projects that advance medicine, help the disadvantaged, and make this world a better place.