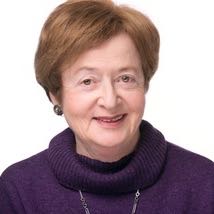 Mimi Schwartz is an award-winning, socially conscious memoirist and essayist. Her recent books include When History Is Personal (2018); Good Neighbors, Bad Times- Echoes of My Father’s Germany Village (2008); Thoughts from a Queen-Sized Bed (2002); and Writing True, the Art and Craft of Creative Nonfiction, co-authored with Sondra Perl (2006). Her short work has appeared in Agni, Creative Nonfiction, The Writer’s Chronicle, Calyx, Prairie Schooner, Tikkun, and The Missouri Review, among others. A recipient of the Foreword Book of the Year Award in Memoir and the New Hampshire Outstanding Literary Nonfiction Award, Schwartz’s essays have been widely anthologized and nine have been Notables in the Best American Essays Series.  She is Professor Emerita in writing at Richard Stockton University and gives talks and creative writing workshops nationwide and abroad.