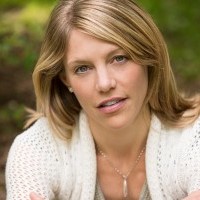 Molly Knight Raskin is an award-winning journalist and television producer as well as the author of No Better Time: The Brief, Remarkable Life of Danny Lewin, the Genius Who Transformed the Internet (Da Capo Press, 2013). She has worked as a national political reporter for The NewsHour with Jim Lehrer, where she also reported on-air from Liberia, West Africa, and has produced two hour-long documentaries for PBS. A frequent writer on health and medicine for outlets including The Washington Post, Psychology Today and Scientific American Mind, Molly is the recipient of a 2007 Rosalynn Carter Fellowship for Mental Health Journalism and the American Psychoanalytic Association’s Award for Excellence in Journalism.