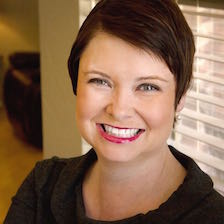 Nicole Waggoner’s debut novel, Center Ring (She Writes Press, May 2016), focuses on five women trying to find balance in the tightrope act of life. Its characters reflect a poignant image of the daily lives of modern women. An award-winning teacher of upper-level English and Literary Criticism courses, Nicole has workshopped fiction writing and criticism with countless students and received particular acclaim for her intensive study symposiums, including Fitzgerald’s World: A Labyrinth of Gilded Cages, Timed Writing Hacks for Anxious Test Takers, and Essential French for Travel. Nicole lives with her biggest fans — her husband and two children — in Norman, Oklahoma, where she sits on the board of the Cleveland County YMCA and plays an active role with local initiatives supporting literacy, women’s health and the working poor.