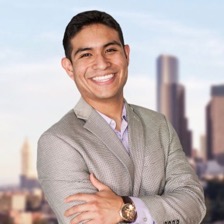 Pedro David Espinoza is an internet entrepreneur, angel investor, TED speaker, and author. At the age of 19, Pedro became the founder & CEO of SmileyGo, a platform that helps companies give smarter. Pedro is also the CEO of Alpaca Pan Peru, a social venture that empowers women to become entrepreneurs. Educated at Stanford and Berkeley, Pedro began his career as a car mechanic at Toyota. He has been profiled in Univision, Telemundo, Hispanic Shark Tank, Fox News, and Forbes. His first book, Differences That Make a Difference: How Organizations Succeed by Focusing on Innovation through Inclusion with Jorge Titinger (ex-CEO of SGI), lays out how to successfully implement inclusion in the workplace through interviews with 150 global executives from Google, Netflix, Facebook, and many more.