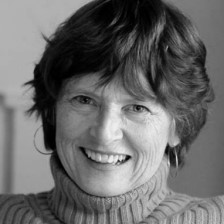 Peggy Payne is the critically acclaimed author of the novels Cobalt Blue (Roundfire Books, 2013), Sister India (a New York Times Notable Book of the Year) and Revelation — all of which bring to light the intersection of sex and spirituality. Her articles and essays have appeared in The Washington Post, Family Circle, Cosmo, and More as well as most major U.S. newspapers. Her work with BookSavvy led to an ongoing blogging gig with The Huffington Post.