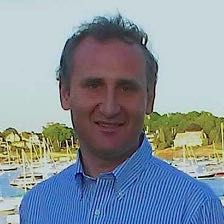 Rich Rubino is a prolific author and commentator of American politics, but NOT politics as usual. Instead, he explores the humorous sides of politics that are not often talked about.  He is the author of four books including, most recently, American Politics on the Rocks: The Bizarre Side of American Politics.  Other titles are The Political Bible of Humorous Quotations From American Politics, Make Every Vote Equal: What a Novel Idea, and The Political Bible of Little Known Facts in American Politics. Rich has also written more than a hundred columns for the Huffington Post and has appeared on hundreds of radio and television shows across the country. Rich holds a Bachelor’s Degree in Political Science and Communications from Assumption College, and a Master’s Degree in Broadcast Journalism from Emerson College. He lives in Marblehead, Massachusetts.