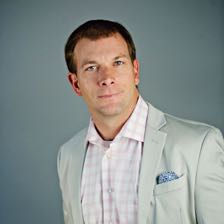 Rob Bell, Ph.D., is the author of several books on sports psychology including The Hinge, Mental Toughness Training for Golf, and NO FEAR: A Simple Guide to Mental Toughness. A sport psychology coach and owner of DRB & Associates, where he works with athletes, coaches and teams on achieving peak performance,  Rob has coached winners during the PGA tour. He has also advised major universities, most recently working with Notre Dame. His upcoming book, Don’t “Should” On Your Kids: Build Their Mental Toughness (2015), celebrates toughness over trophies and guides parents in strengthening and affirming their young athletes’ capabilities. He is a regular guest on ESPN 104.5 “The Zone” in Tennessee, has appeared on Fox News in Indianapolis and has been featured on The Golf Channel as well as in Stack Magazine, Runner’s World and The New York Times.