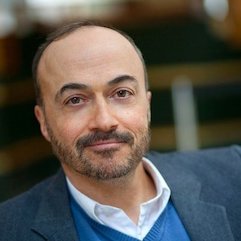 Robert Fantina, author of Propaganda, Lies and False Flags: How the U.S. Justifies its Wars, is a human rights activist and journalist. Shortly after the 2004 U.S. presidential election, Fantina left the United States for Canada and now holds dual citizenship. A truth seeker, Fantina is active in supporting the human rights struggles of the Palestinian people, and is the past Canadian coordinator of World Beyond War . He serves on the boards of Canadians for Palestinian Rights, and Canadians for Justice in Kashmir.  He is the author of several books, including Desertion and the American Soldier: 1776 – 2006; Empire, Racism and Genocide: A History of U.S. Foreign Policy,  Look Not Unto the Morrow, a Vietnam-era, anti-war story and Occupied Palestine: Israel, the U.S. and International Law. His writing appears regularly on Counterpunch, Global Research and several other sites.