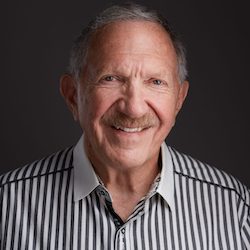 Ron Brock’s claim to fame is his role as the Senior Project Manager for Frito Lay. It was there that Ron became responsible for one of the most successful product launches of the 1970s – Doritos Nacho Cheese flavored chips. He later transitioned into real estate and serendipity struck. Seeing the potential power of using the newly discovered World Wide Web to revolutionize commercial real estate, he created the first up-to-the-minute, searchable, accessible database of multifamily properties. His memoir The Thicket’s Prodigy: The Extraordinary Life of an Improbable Genius, details his life story, including growing up in the Big Thicket, a heavily wooded, sparsely-populated area of Southeastern Texas rife with poverty, and then moving to Los Alamos, New Mexico where his father—who against all odds became an expert in nuclear energy and high-powered computing systems—worked in the top secret laboratory redesigning the Manhattan Project’s atomic bomb. Ron, who is also the author of Gamebreaker: Guide to World Class Selling, resides with his wife in Scottsdale. Learn more at www.galtmirrin.com.