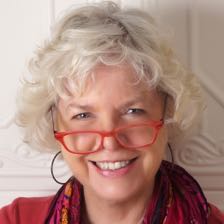 Stephanie Austin Edwards is the author of What We Set In Motion (2016), which won the Best Submission Award at the Atlanta Writer’s Club Conference in 2013. Her recent publications include a short story in the University of Texas literary journal, riverSedge, and an essay in the book Beaufort Through the Ages. In a past life, Stephanie was a costume supervisor on Broadway for productions of Dreamgirls, Grind, The Rink (Liza Minelli) and Woman of the Year (Lauren Bacall), among others. She also has numerous film and television credits to her name, including work on The Cosby Show, the Woody Allen films Hannah and Her Sisters and Radio Days, and Michael Jackson’s BAD music video. After giving up the bustle of New York City life, Stephanie has returned to her roots in the South Carolina Lowcountry, teaching writing workshops at the college level and working for the Beaufort School District as a grant consultant.