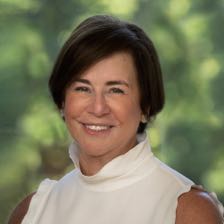 Susan Lewis Solomont’s 20-year career as a philanthropic advisor took an unexpected turn when her husband, Alan Solomont, was appointed U.S. Ambassador to Spain and Andorra under President Barack Obama. Her memoir, Lost and Found In Spain: Tales of an Ambassador’s Wife (Disruption Books, 2019), documents her adventures representing the United States alongside him while forging a new path of her own creating large-scale local women’s leadership and volunteer programs. In 2013, Susan was named International Woman of the Year by FEDEPE, the leading organization for Spanish women executives and directors. Earlier in her career, Susan worked as director of corporate development for WGBH-TV. A member of the Berklee College of Music board of trustees, she holds a bachelor of science degree from Cornell University and a master’s degree in education from Tufts University. She has two daughters, Becca and Stephanie, and a cockapoo named Stella Blu, who is the subject of her forthcoming children’s book, Stella the Ambassadog.