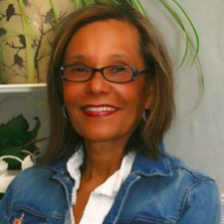 Terry Baker Mulligan is the author of Sugar Hill: Where the Sun Rose Over Harlem, which won the 2012 IPPY Award for Adult Multicultural Nonfiction and and 2013 Benjamin Franklin Award for Multicultural Writing and Autobiography / Memoir Writing.  Her second book, Afterlife in Harlem, was published in October 2014. A former high school English teacher and writing center Instructor at St. Louis Community College, Terry was born and raised in Harlem across the street from the Grange, Alexander Hamilton’s historic home.  She now lives in St. Louis.

Her work with BookSavvy led to numerous media appearances including a live interview on the nationally syndicated radio show The Bev Show, and an article in Salon.com.